Picspam: This Essay Is Not Called "Venus In Furs"*: A Mae West Pictorial

*Mostly because there's a mixture of fur and feathers in this picspam, and due to the quality of the photos and lighting, I can't always determine which one. I also apologize in advance that not all the images have alt text; this is because, except where noted, they are all pictures of Mae West wearing fur. Fill that in.

So today for Kink Bingo, I'd like to talk to you about this bad bitch. 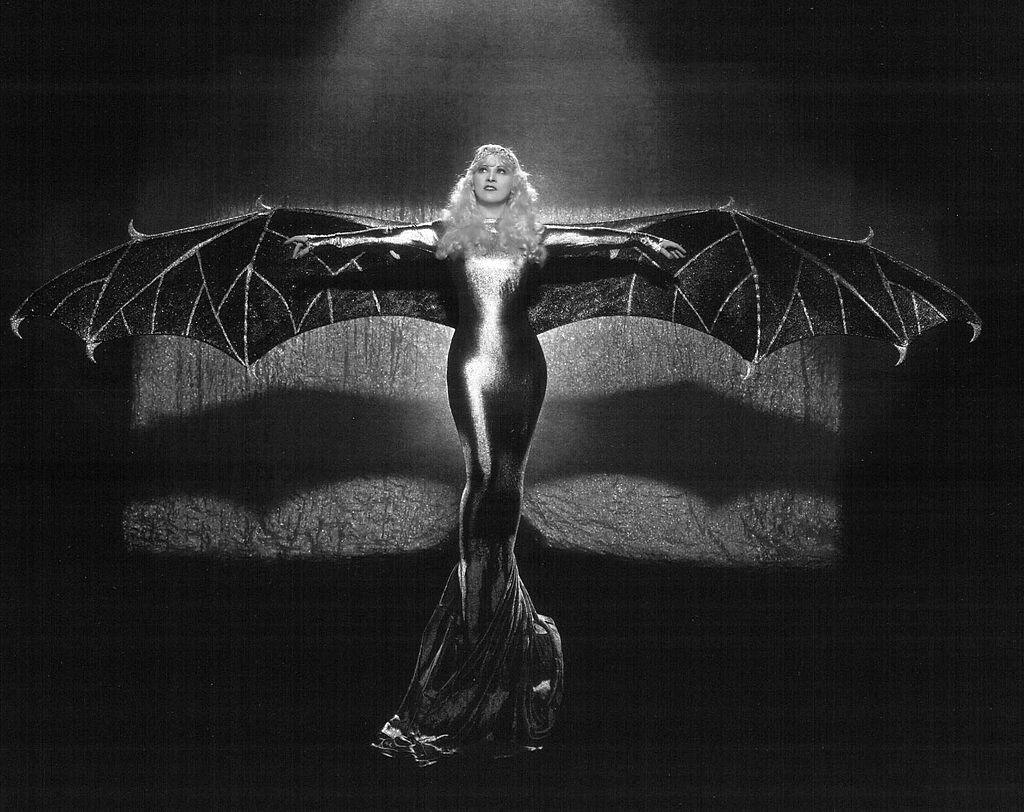 Mae West has been a hero of mine since I was a young Sabine. I love her for her personality, her way (of toying) with men, the self-confidence she exudes. I also love her body; growing up as a fat girl, what I wanted in a role model physically was- let's all be clear on this point- somebody with big titties and a big ass who wasn't afraid to rock them at every opportunity.

And the clothes, good lord, the clothes. That woman knew how to make anything work, but the thing that she wore best was the fluffy stuff, luxurious furs and feathers, so invitingly soft. 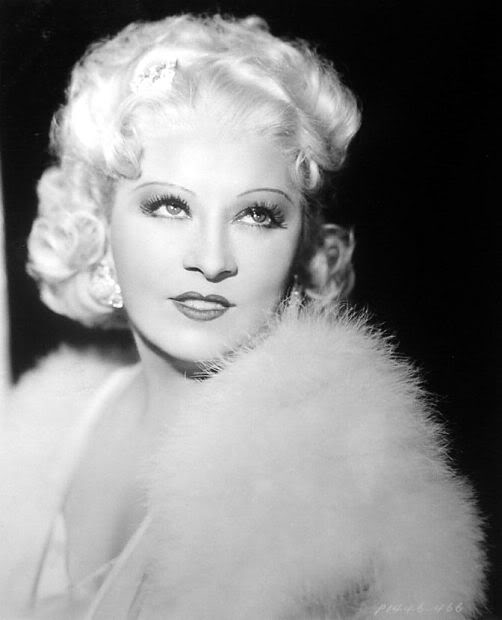 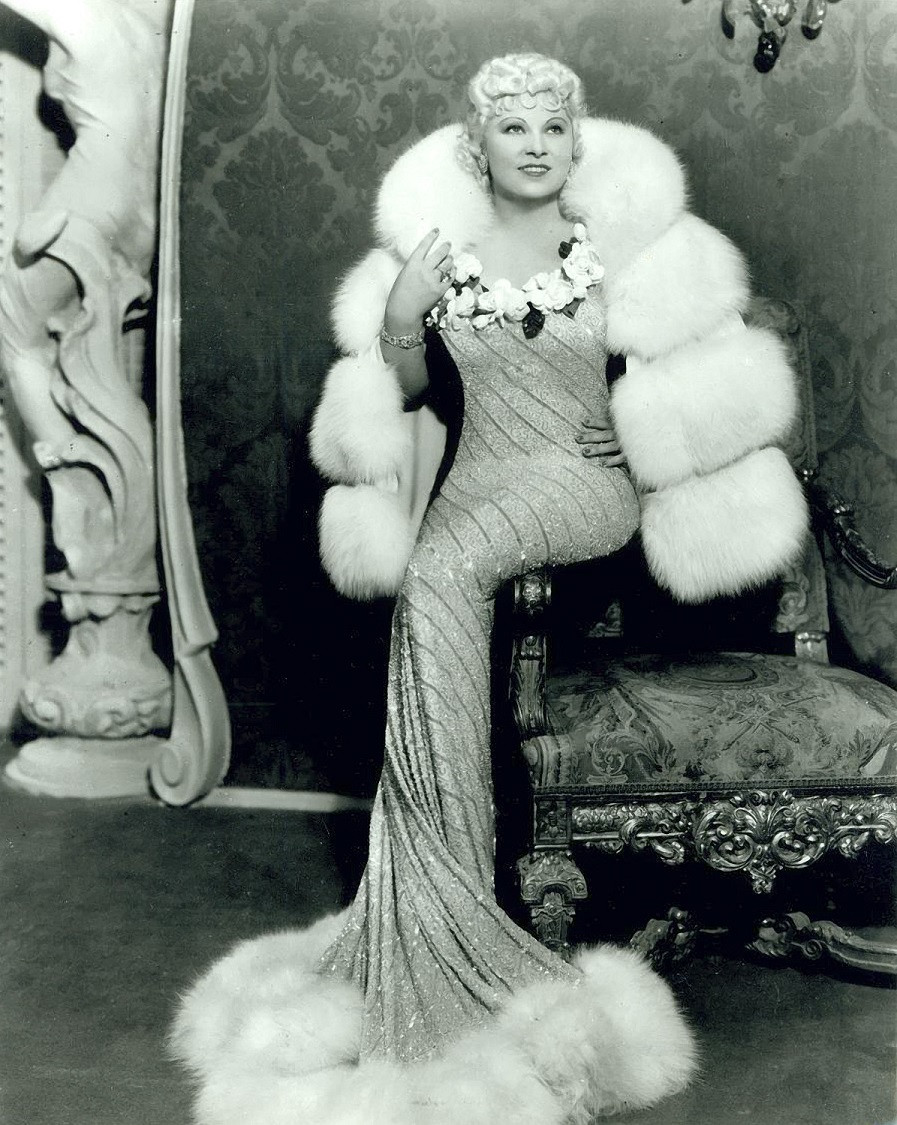 It's very lovely and highlights her femininity, that's a pretty obvious statement to make, obvious enough that it's kind of silly to make it. The thing that attracts me about her fur, though, is the separation it makes between her and the world. 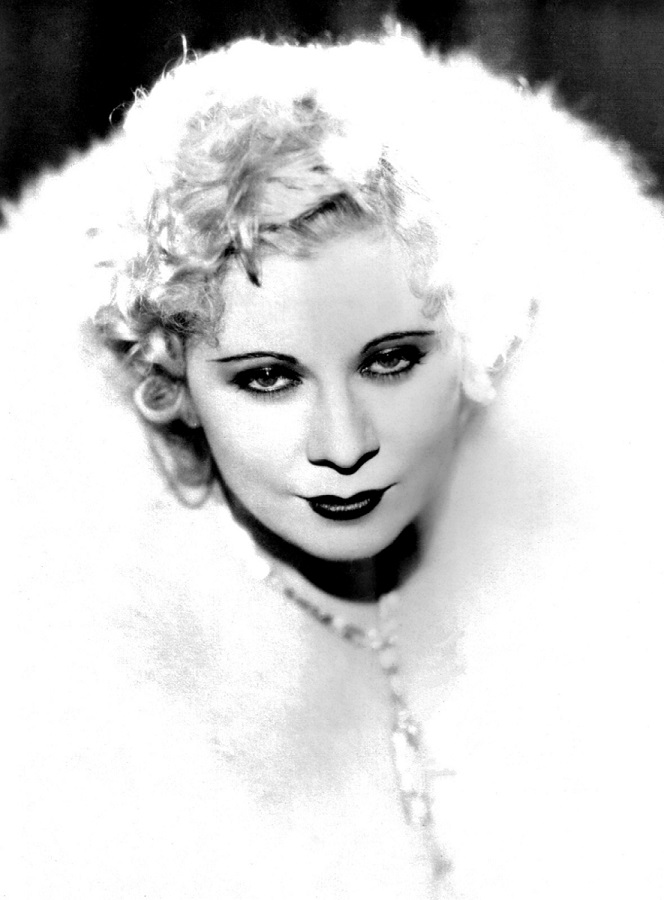 She becomes a thing cut off from mundane life, a thing set apart. The fur, with its stark elegance, says, "This is how close you come, but no closer." 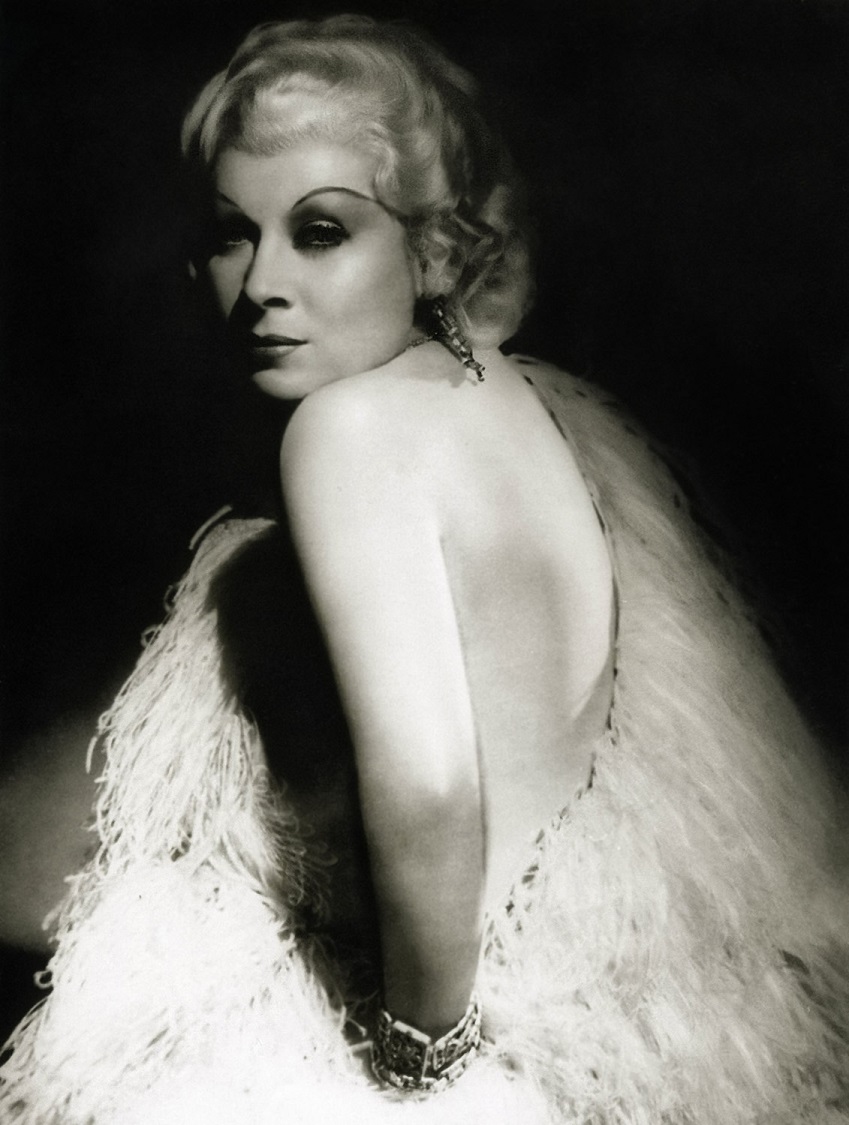 So we all want to get closer. 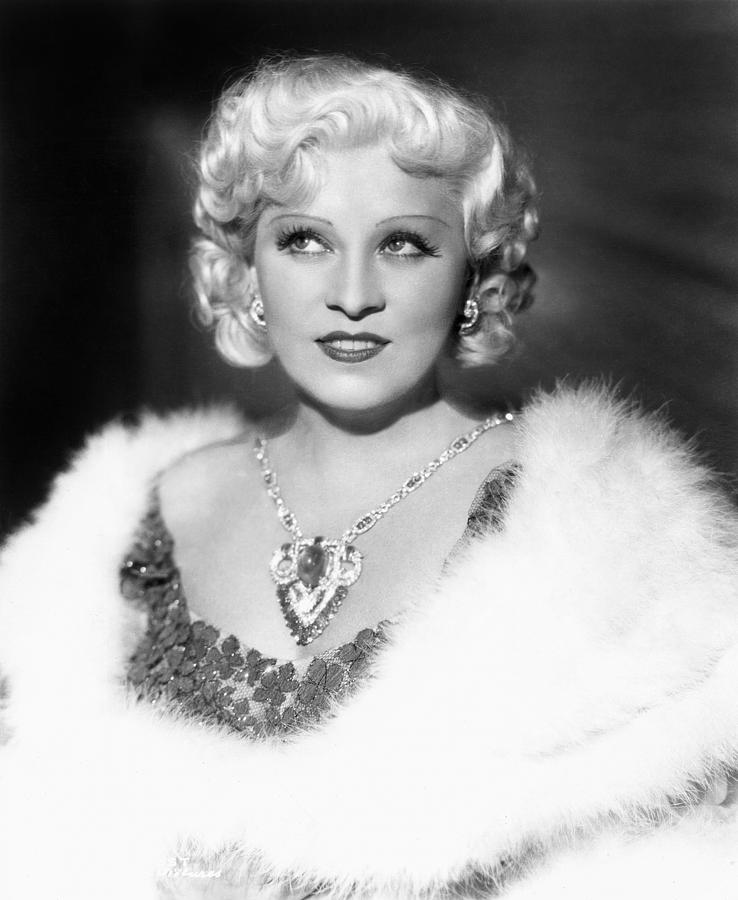 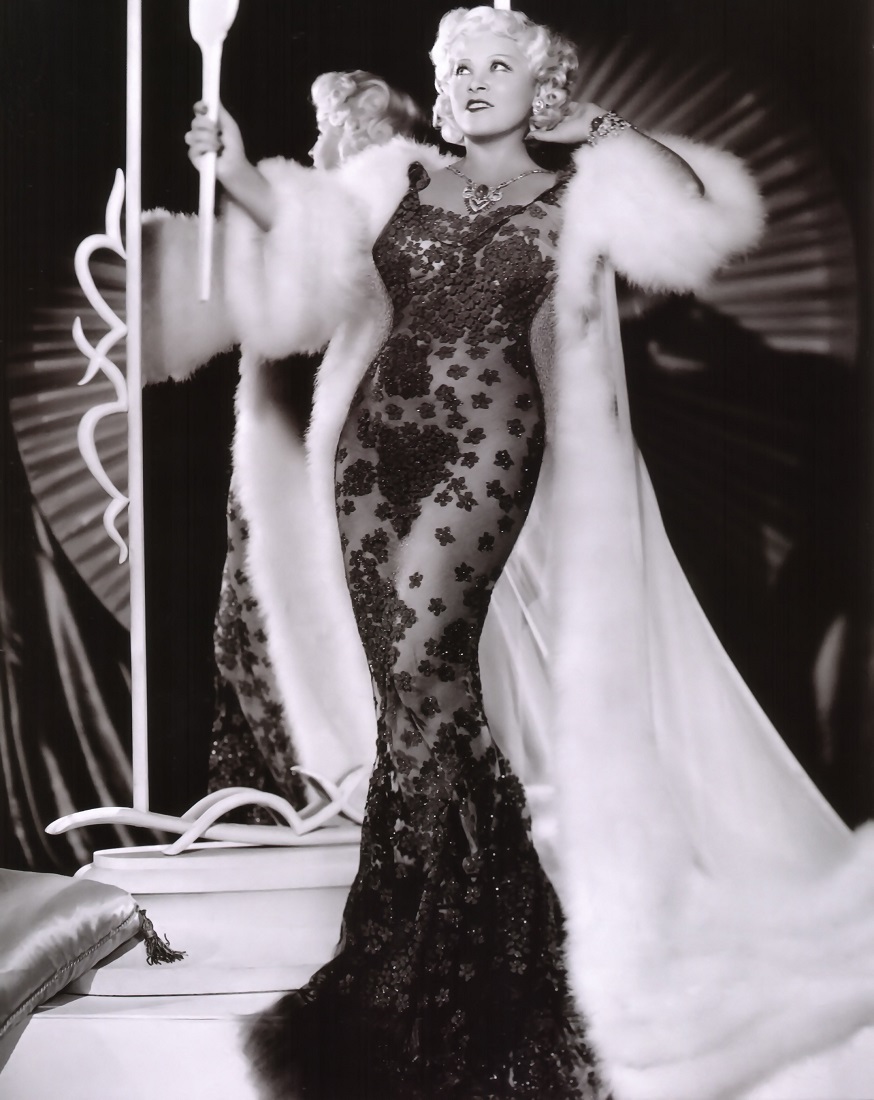 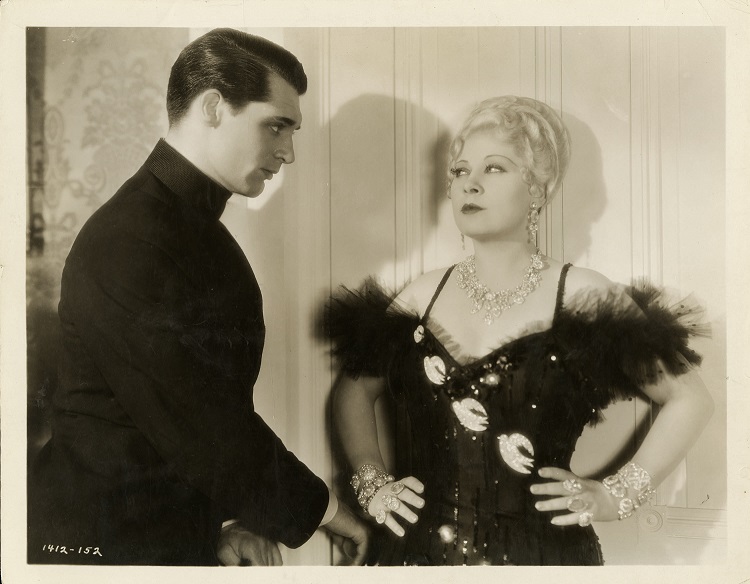 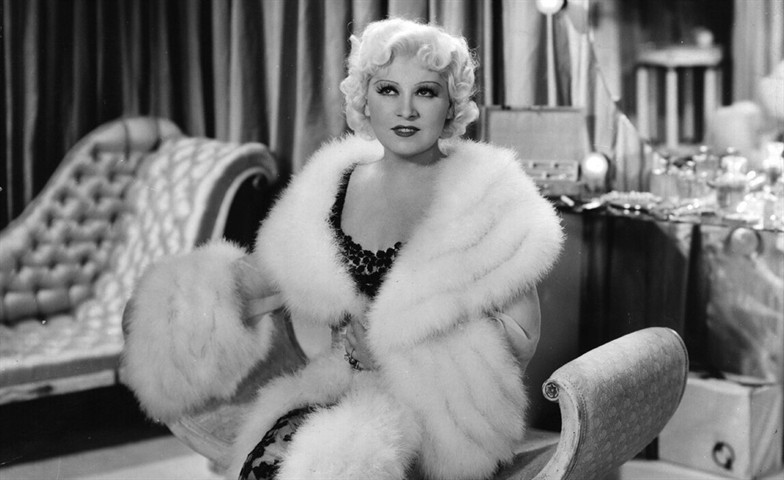 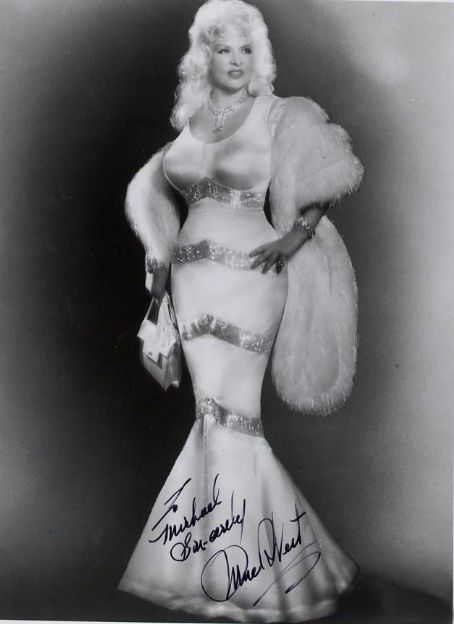 These are all publicity shots and movie stills, but I did want to highlight two other pictures. 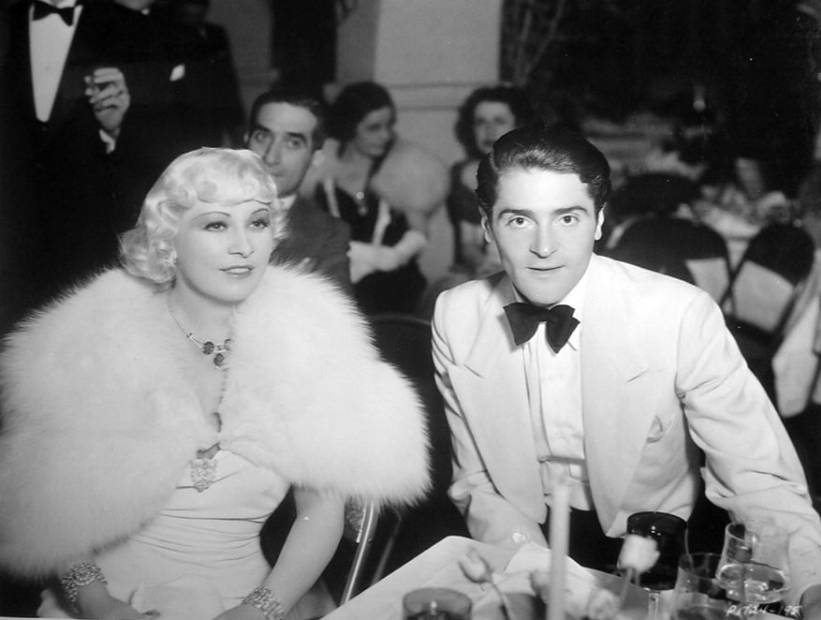 We see here that the fur wasn't all show; see how comfortably she wears it, the way it highlights the way she leans forward, a kind of touchability that we don't see in the posed shots. 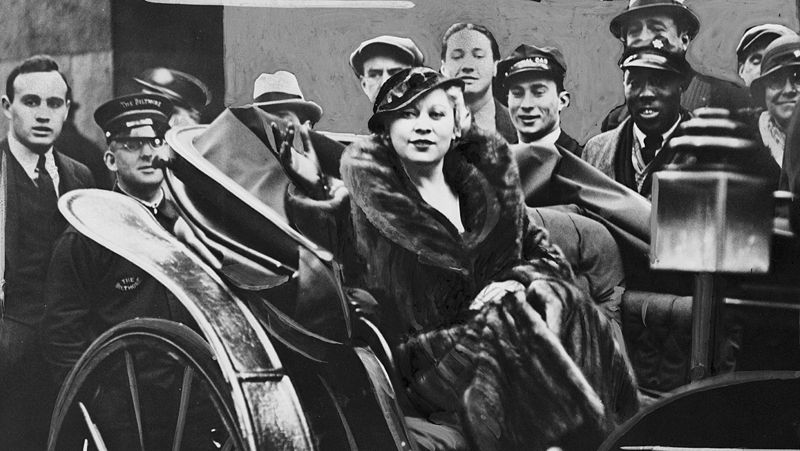 I also find this shot from the New York Times interesting, because you almost never see pictures of her wearing brown fur. I don't have a profound statement about that, just thought it was neat.

When talking about Mae West and the fluffy stuff, I would be remiss in not including one of the things she did best: rock a really ridiculous feather hat. That is the look of a woman who does not give a fast fuck what you think of her, and is willing to demonstrate it to you very clearly with ten pounds of marabou. 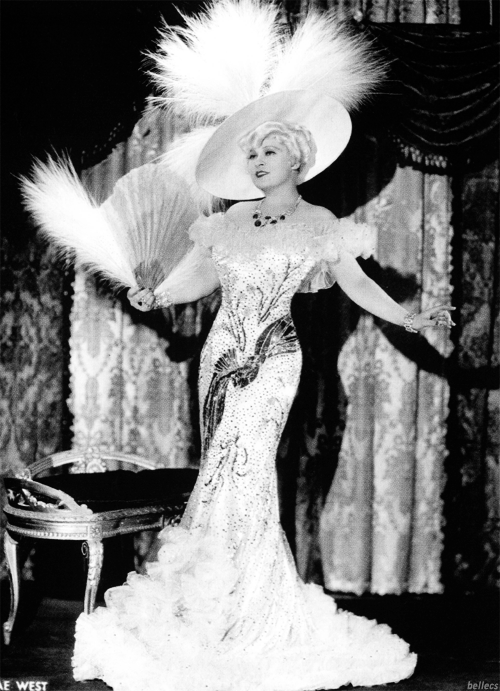 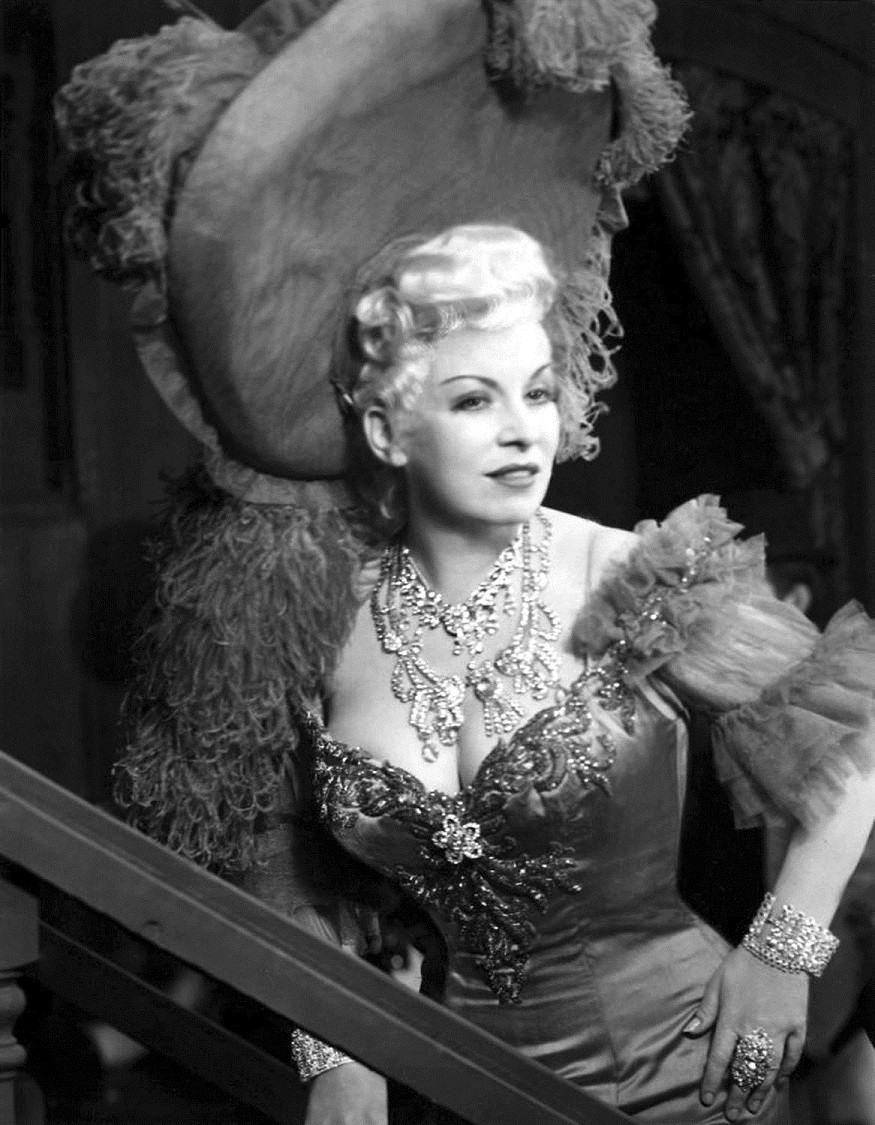 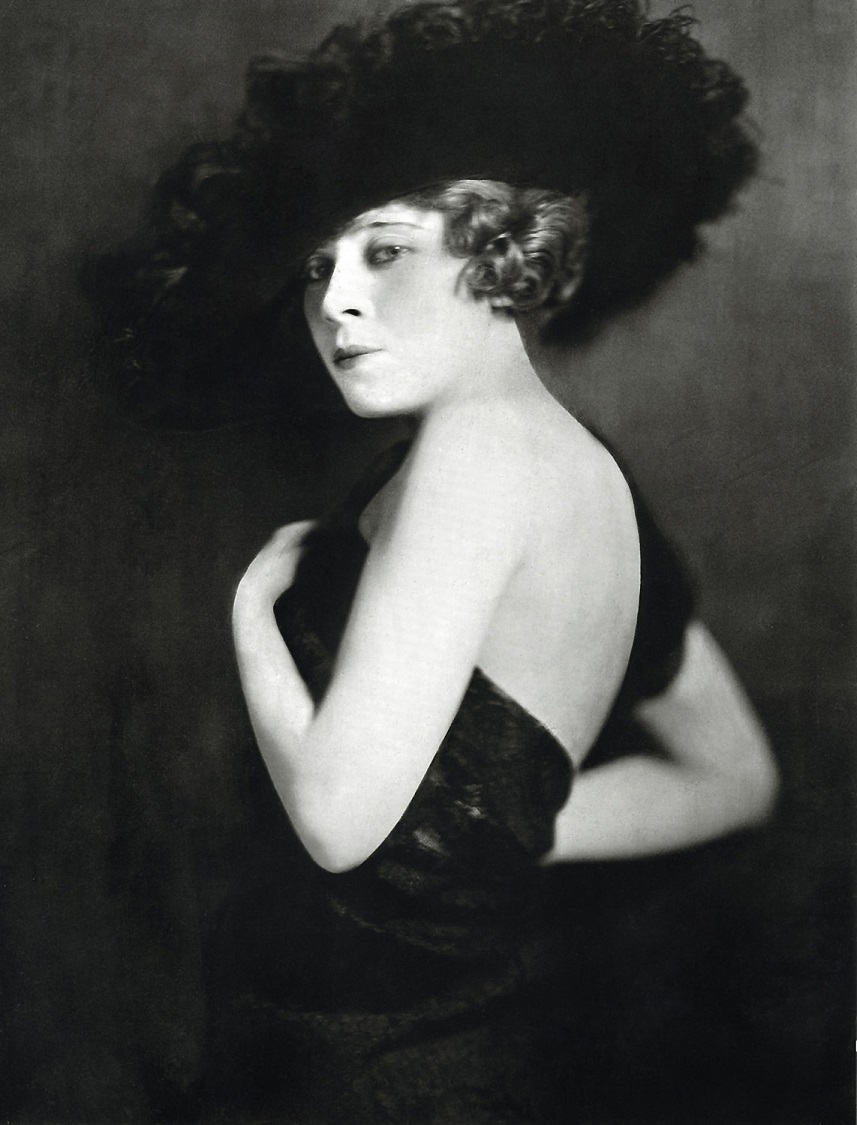 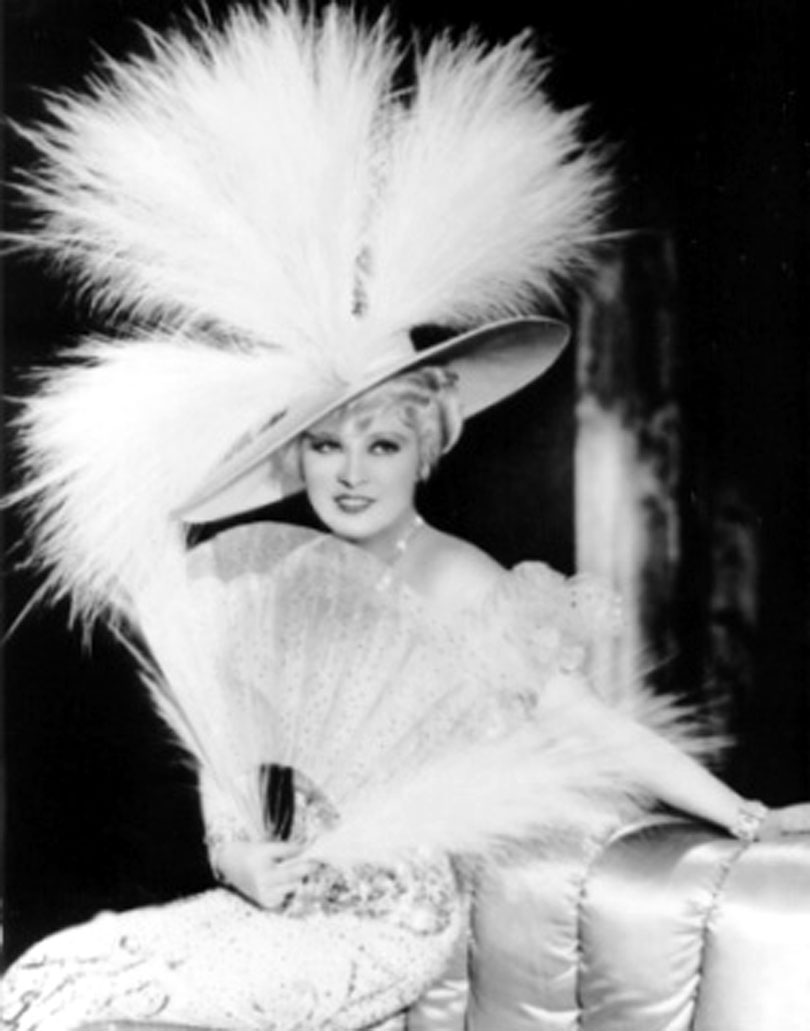 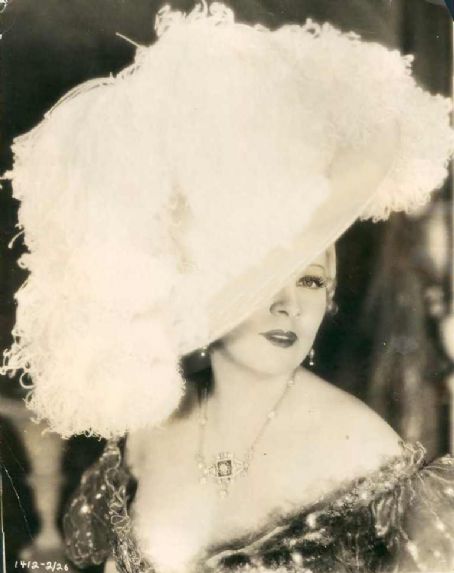 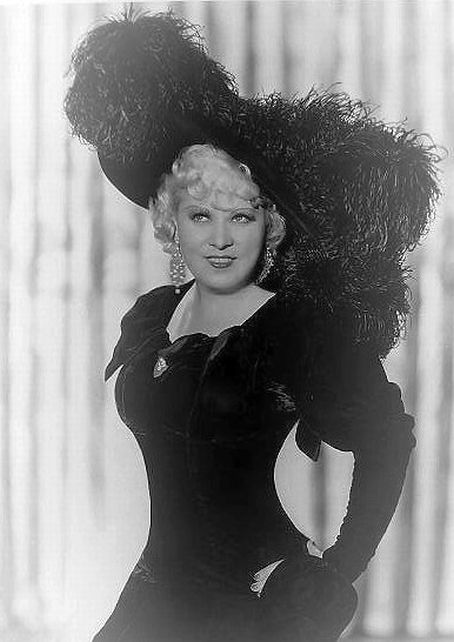 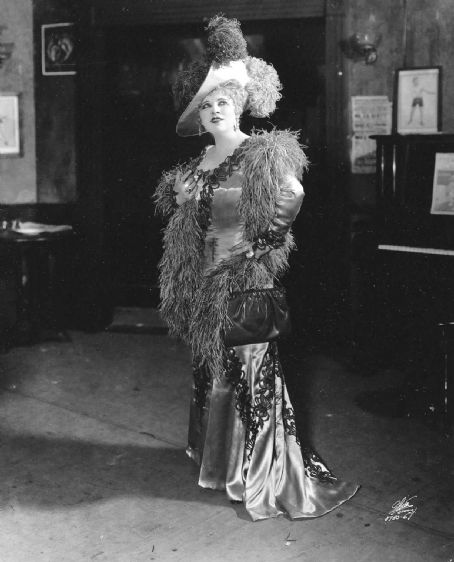 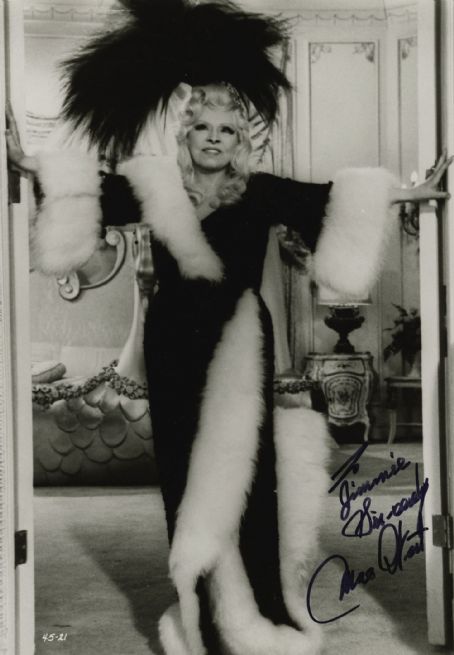 And sometimes, an entire dress. Only a bad bitch could wear that with a straight face. 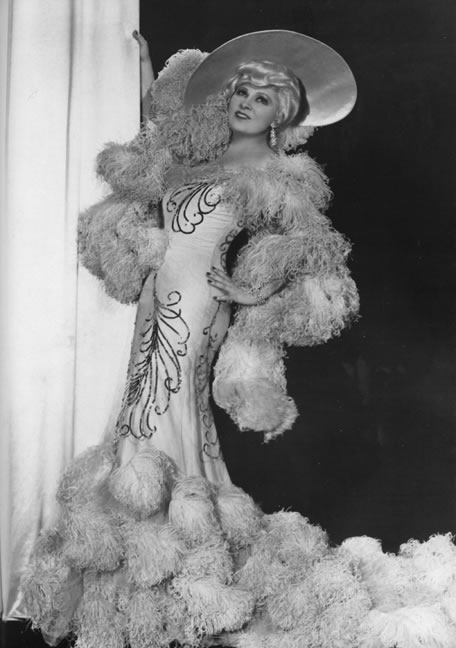 So there's my idol Mae West, rocking fur and feathers the way only she ever really could, making them better by her presence, made better by their presence. I hope you enjoyed.

(And because this is a Kink Bingo essay, here's a little lagniappe for you.)

This entry was automagically crossposted from http://sabinetzin.dreamwidth.org/451593.html. Please comment at DW using OpenID.